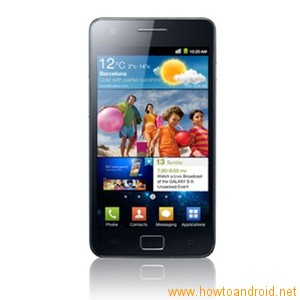 The best ever smart phone in world market, Samsung Galaxy S2 i9100, has broke the barrier of 3 Million sale globally. Though the phone is yet not available in US market, it has proven its dominance in the market and is now leading Android phone in the market.

With the shining screen with Super AMOLED plus technology, phone comes with 4.3 inch display and it has 1.2 GHz dual core processor in it. Also its probably the thinnest and lightest phone in all smart phones of its category.

Announced at Mobile World Congress 2011, the GALAXY S II represents our most advanced smartphone to date and demonstrates Samsung’s commitment to deliver premium, market-defining devices," said JK Shin, President and Head of Samsung’s Mobile Communications Business."This milestone reflects the continued strong support from our carrier partners around the world who have chosen the GALAXY S II as their flagship Android device." 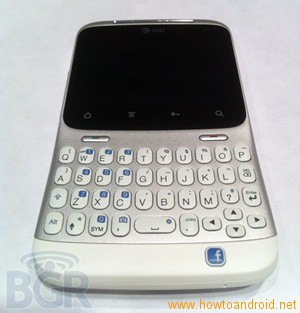 T-Mobile has announced HTC myTouch 4g slide which is coming soon and will be available at $199.99 with new 2 year agreement. With agreement HTC my touch 4g slide will be bit cheap compare to others and will have some of the best features. As company says, it is equipped with the most advanced camera of any smart phone. 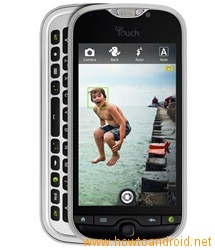 “Our newest myTouch device takes capturing and sharing memories to a new level by combining high-quality smartphone hardware with features that customers would expect from a top-of-the-line digital camera.” said Andrew Sherrard, senior vice president, marketing, T-Mobile USA. “Knowing that the best camera is the one you’ve got with you, we set out to create a new best-in-class smartphone that allows our customers to leave their cameras at home.”

Its human nature to start playing with the new device as soon as we get it. Similarly as soon as I got my new Samsung Galaxy S2 I9100, I started playing with it. Within a week the phone was flooded with lots of apps which are once tested and never used after that. After a week I started thinking of removing them and find out an easy way to uninstall any app in Samsung Galaxy S2 I9100. Here are the steps

Step 1: If not selected by default, select Download Tab 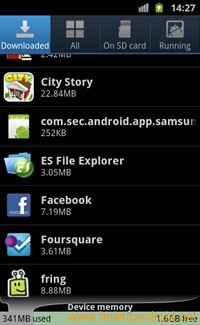 Step 2: Select the application to be uninstalled 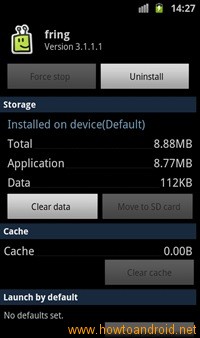 Step 3: Tap on Uninstall and in following warning screen tap on ok 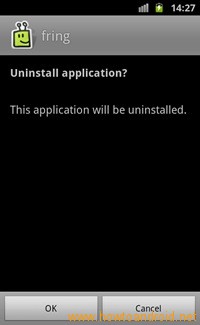 People at Sony Ericsson are too much busy in delivering updates for Xperia X10 to Gingerbread. According to company’s blog, they have already started testing of the Gingerbread update but still it is not the final version. 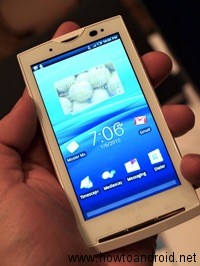 According to company’s latest news, Sony Ericsson will not remove Xperia camera app which is really a nice app and people love to use that. As posted in the blog, video of Xperia X10 with Gingerbread looks really nice and phone works really smooth with Android 2.3 Gingerbread.

Also as declared on the blog, Xperia X10 Mini and other related devices will not get this update as they have very less RAM memory compare to the memory needed for Android 2.3 Gingerbread. Phone will have update to Android 2.3 and it will also get few extra updates which may include a dedicated zone for social media.

Update will be available around August and users will get it as soon as it gets with the carrier they are using.

To start the end of 3G, Verizon wireless has started offering devices with 4G (LTE). Verizon has got 3 major players in Android market to offer phones with 4G. Revolution by LG, DROID Charge by Samsung and ThunderBolt by HTC. Though it is just the beginning, it has started taking momentum and other players are also aiming for the same. Lets have a look at 4G phones currently offered by Verizon wireless. 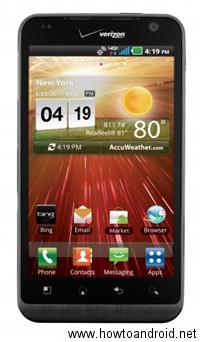 Revolution by LG is a new gem from LG which comes with 1 GHz Snapdragon processor and 4G enabled with Verizon’s 4G LTE network. With the very good speed, you can enjoy music, gaming and browsing. Also it is enabled to record HD videos. With the multitasking on this phone will give you best experience for browsing and sharing. 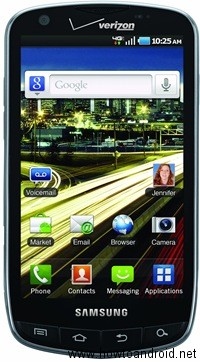 DROID CHARGE by Samsung is a new phone from Samsung with the 4G compatibility. Verizon 4G LTE network is supported on the phone which makes it super fast device from Samsung. It comes with Samsung’s stunning display the 4.3" Super AMOLED plus. Also it comes with full smart phone features like Full HD recording and dual camera. 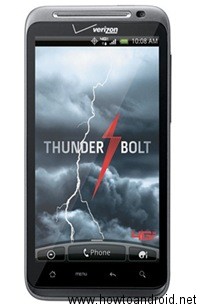 ThunderBolt by HTC is the best HTC phone till date which comes with 4G enabled and work lighting fast with Verizon 4G LTE network. With 1GHz processor it is the fastest voice and data transfered from by HTC. All in all it comes with full HD video recording facility and 4.3" screen.

Verizon wireless is also offering certified pre-owned HTC Thunderbolt phones which can cost lesser than any of the above phones base price. All above devices comes with Android 2.2.