Samsung has released a teaser video for all the desperately waiting Galaxy S2 fans in US. There is no other view that Samsung galaxy s2 i9100 is the best selling android smart phone across Europe and Asia. Though there were talks of SGS2 not being released in US. But finally following video will excite you if you are fan of this phone and waiting eagerly sitting in US.

Samsung Galaxy S2 I9100 is one of the best smart phone ever with the features like 1.2 GHz dual core processor, 4.3” super AMOLED plus screen, 8.0 mp camera with flash, 1.2 mp front camera and many more. This is probably the lightest and thinnest android phone available right now. 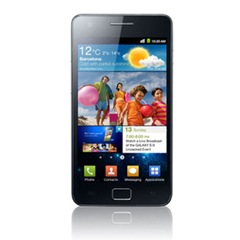 As we mentioned in our previous post about the release of Samsung galaxy s2 i9100 in US, Samsung is all set to release this phone on 29th August 2011 in New York City.